Mammography is a certain type of imaging that uses a low-dose x-ray system to examine the breasts. A mammography exam, also called a mammogram, is used to aid in the early an detection and diagnosis of breast diseases. Mammograms are used as a screening tool to detect early breast cancer in women experiencing no symptoms and to detect and diagnose breast disease in women experiencing symptoms such as a lump, pain or nipple discharge. 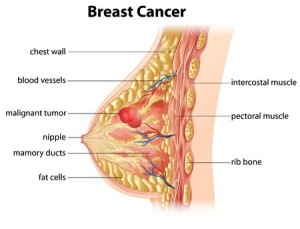 An x-ray (radiography) is a noninvasive medical test that assists doctors diagnose and treat any medical conditions. Imaging with x-rays involves exposing a part of your body to a small dose of ionizing radiation to produce pictures of the inside of a body. X-rays are the oldest and most frequently used form of medical imaging.

Computer-aided detection (CAD) systems use a digitized mammographic image that can be obtained from either a conventional film mammogram or a digitally acquired mammogram. The computer software then searches for abnormal areas of density, mass, or calcification that may indicate the presence of cancer. The CAD system highlights these areas on the images, alerting the radiologist to the need for further analysis (Radiological Society, 2011).

If it is time for your mammography exam or mammogram please call or visit our Westland Clinic where we proudly serve women from anywhere in Southeastern Michigan and the following adjacent communities: